She takes the same concept and adds vegetation in various streets and locations of Los Santos to make more realistic city and give it a better appearance.
The map also want other objects (vegetation, vehicles, etc.) 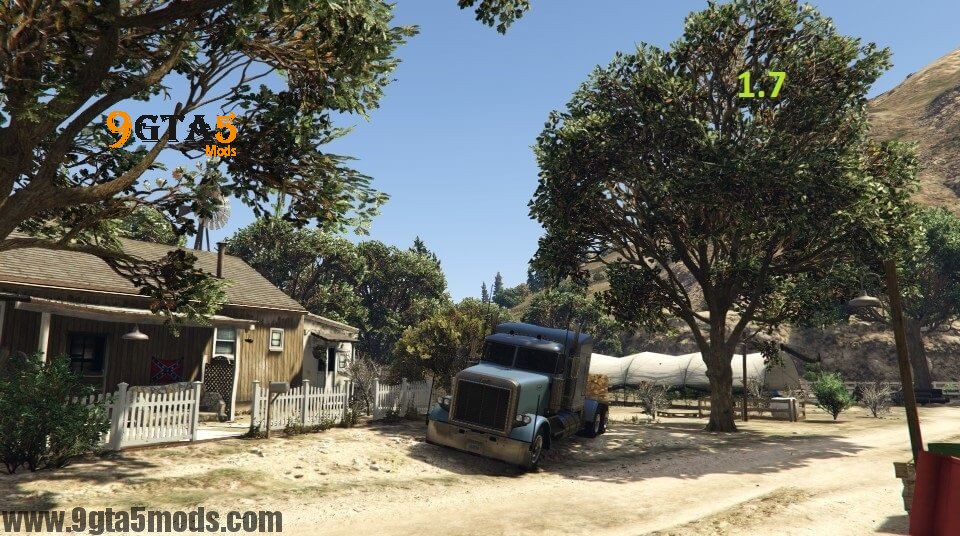 Installation for an automatically Load of the Map:

1. If you don´t use it already, download !THE NEWEST VERSION! from Map Editor from Guadmaz

2. Put all files from the Map Editor in “Rockstar Games\Grand Theft Auto V\scripts\”

1.5
-More Life around the map:
-Some People you can find around Blaine County with breakdowns
-Car Dealership now with spawned cars outside for a realistic look
-Musicans at Paleto Forest who need some money
-Updated Public Meeting from v 1.1
-Changed something in LSC…
-Just explore 🙂
-Added .ini Version (No Peds, No Cars) for People who want to use this mod with other tools than MapEditor.

1.7
-Added Car Crash Accident at Grapeseed
-Added party People with tents at Largo Zancudo
-New Look at an Area in Blaine County
-Added Trees at Paleto Cove
-Added 2 Secrets at the ? icon
-Added an Accident at the Beach near Paleto Forest
-Updated the Map with new icons
-Fixed bugs.

1.8
-Added 2 new Police scenarios
–The first at Mount Gordo where a corpse is hanging on a tree
–The second at a Club at Paleto Bay , age checking some hipsters.
-Added Roadwork at the Senora Freeway
-Added Trees, Cars, People around the Roadwork

1.9
-Some Fixes
-Added new Trees around the School and Golf Course
-Added some Props/Trees around North Chumash
-Added a new scenario at Tequi-la-la